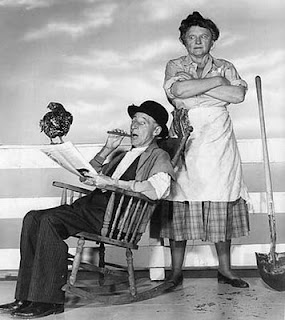 You might not remember these characters to the left, Ma and Pa Kettle. I just had to throw them in because I am talking about the “Ma and Pa” of the tarot, and I just love this picture and it’s an excuse to share it!

Our relationships with the archetypes in Tarot change over time, both individually and as a culture.
Some cards can seem to elicit a positive or negative response that I notice in people collectively, I also notice how that can change. More importantly we can become conscious agents of that change.

The Empress and The Emperor are two such symbols. People generally relate to the Empress as maternal energy, nurture and 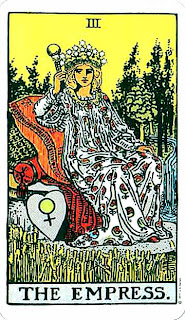 nature, as a matter of fact she is generally depicted AS Mother Nature. The Emperor is often related to as patriarchal energy….notice something there?

Most people tend to see what the empress represents as a more internal energy hence “maternal” (where is the reference to matriarchal?) whereas the emperor is seen as something external (the often bashed patriarchal) rather than paternal sense of it. He gets associated with structure, bureaucracy, authority of a more autocratic nature. Much as these applications have some validity they are not the only uses of the symbols.

We are moving into a time where the world is having to learn more about Matriarchal systems. This isn’t about Feminism necessarily, it is about a different sort of need and resource based way of operating. Did you know that elephants are matriarchal? They are usually lead as a herd by a mother elephant. When there is a limit to resources she has one of her daughters lead off another herd. At the same time they instinctively gather together in times of mating, protection and will adopt one an other’s young. Pretty much what we as a culture are having to re-learn.

At the same time we have lost the paternal. The 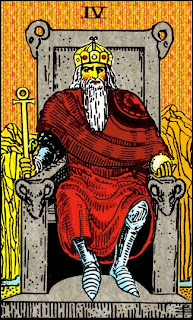 patriarchal is often seen as a remote and hard ruler. I had a young woman come into my office with a t-shirt that said “%*#@ the Patriarchy”. I must admit I gave it a bit of a glare because she blushed and said “oh I don’t mean you”. I would venture to say that a lot of what we see today is the negative aspects of patriarchy and in order for that to heal and change we need to re-connect with the paternal.

Many of us grew up with absent fathers, we have learned to distrust the archetype and out of necessity we are having to reclaim it. We hear a lot about maternal instinct. I believe there is such a thing as paternal instinct too. I have had to go to some great lengths to heal this element in my own life, partly with my actual father before he died and also in the work I have shared in with other men that I have grown to trust and respect. 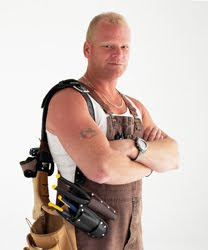 I have some reference points in my home and office that remind me of what gentle, strong and responsible father energy is about. One well known person who comes to mind that I think of in terms of healthy paternal energy is Mike Holmes. His motto of “do it right” and his desire to help people comes from his strong sense of paternal instinct passed down from father to son.

I have had to seek out the mentoring and guidance of paternal figures in my life. I’ve had to forgive the figures that have “feet of clay” and have had to let myself in on the same understanding. We are all works in progress. The more I give myself positive reference points the easier it is to grow in that direction. I may fall short but I can know I’m headed in the right direction.

In readings I can see the positive AND negative aspects of both of these signals. There’s places where some structures that Emperor represents can work in a healthy way. I was reading for someone who was having work problems and the Emperor indicated a human resources or a union area they could turn to. Systems aren’t perfect but there are sometimes places where systems can do a lot for us and we can, in turn, participate in evolving those systems.

Empress too can alternately have her dark side (she’s not all sweetness and light) . Sometimes she can indicate the necessity of tough love. Sometimes Mother Nature fights back. Nurture has to evolve or it becomes toxic. Weening off dependencies can sometimes be called for when the Empress is present in a difficult way.

Working with the archetypes, coming to recognize them and see them in ourselves and others is a big part of what I use Tarot for.