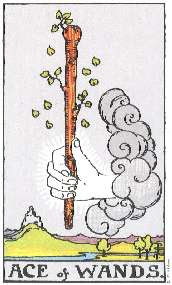 From the time we all started walking upright (both as a species and as individuals) four things were necessary to our survival and also have had to be respected as powerful and in some instances, potentially dangerous. They are four tools that we have to work with; earth, water, fire and air. They are found in the root symbolism of most cultures the world over and are at the basis of many forms of spirituality, astrology, Tarot and countless other systems of thought. I think it may have been significant that these elements were things that were not just life sustaining but also four ways we literally dissolve. When a person dies you can either stick the body in the ground, burn it up, throw it in the ocean or put it on a burial platform in the air. Maybe this is part of why these symbolic elements have been important to people for so long.

OK, you’re probably getting a little impatient and are asking “fine and dandy, what does this have to do with ME”? I have to work with an understanding of these elements in their relevance to people in the here and now. There’s the conscious level 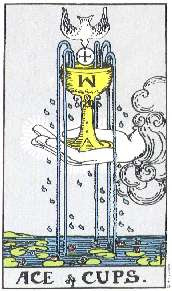 on which the person being read is seeking and there are sometimes the signals trying to get through on another level. A person might want “their fortune told” which is fair, but a pretty superficial kind of reading and I’d like to think I’m able to provide a lot more than that. It would be like looking at the elements just as love life, work life, money and battles. But on a more proactive level those same categories are the responsibilities we have in Compassion, Constructiveness, Values and Boundaries. I boil them down most simply as our prime functions of feeling, doing, owning, and fighting. We evolve when we work with them consciously.

The Elements In Our Lives

Here’s another way of looking at the elements: Let’s imagine we are going to a party in a big house with lots of people that drift around and general 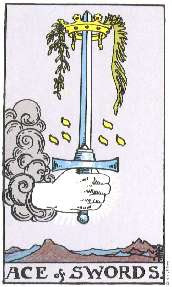 Usually the “feelers” are in the kitchen around the food and the sink or by the bathroom door, talking about what’s going on emotionally. Feelers do and own and fight but they are predominant in feeling, nurture and compassion. They tie into the element of water and in Tarot that’s the suit of cups.

The doers are generally active, playing ping pong or talking about their doing. Their work for instance, or the deck they built. They tend to be more competitive. They also feel and fight and own but they identify with doing. Their element is fire and in Tarot that is the suit of wands.

Owners are not necessarily materialistic but I picture them in the library. They look at many sides of a situation. Tending to weigh options in line with their values and their resources. “What is the issue worth to me?” they ask. They look at things in relation to their values. Their accu 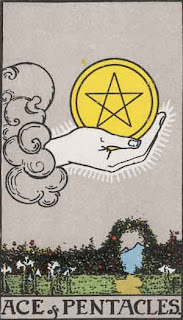 mulated experience and the experience of others. They “own up” to things. They too experience the other elements but predominate with earth energy, symbolized as pentacles.

The fighters are sometimes having a debate or at the very least a discussion about things. they tend to use exclamation points a fair bit. They communicate succinctly and make their point. they watch how others react. Sometimes they need to “clear the air” and they are the air element and their suit is swords.

All Four One And One Four All

We experience all of these areas, some of us are more at home in some than in others and we go through periods of our lives that may have a really predominant element to them. Most often though it is a mixture. They flow into one another, sometimes comfortably and sometimes not so.Too much of an element can be damaging.

Sometimes the purpose of a reading is like lifting the hood on an engine and seeing how these things are interacting, or like a personal trainer looking at your workout plan.It can help us see where we are over relying on an element and give us choices as to how to work through things differently. Most of us have blind spots in our energetic awareness, consequently sometimes we are using the wrong tool on a job.

Understanding the elements in our lives and within ourselves is a big part of Tarot work.