It’s a curious thing, and it has happened to me a number of times. Walking down the street and coming upon a playing card (or cards). It generally is more frequent in summer. What would be the reason for a playing card to be laying on the sidewalk? One explanation is the old trick of kids sticking them in the spokes of their bikes (it makes a vroom vroom sound the faster you go). But I doubt there’s that many people playing crazy eights while they go for a walk. So I have come to regard “findings” as little signals. Opportunities to be woken up by life.

This has happened often enough to me that I have made a little game of it and some friends have too. Sometimes the instances of coming upon the card are also intriguing. On one occasion a friend and I were taking her nephew for a walk during a very trying time in her family. He was about 3 or so and at one point we had to stop and tie his shoe, I noticed under his foot was an Ace of Diamonds card. He has since proved himself to be an exceptional kid. I have had friends who have related that they’ve been out walking their dogs and come across playing cards too, often at a point where life has needed a little signal of some kind. I have my own hunches on how to interpret these things – I wouldn’t call it a superstition, more just a kind of “food for thought” sort of thing.

I take notice of where the card is and especially whether it is face up or face down. A face up card is like a road sign (like trouble on the path of life, rest stop coming up, or romance ahead). A face down card is more a choice, you turn it over and your stuck with the lesson. You could turn it back over and leave it for someone else or you could rip it up into little pieces, or (and this is what I do) put it in your pocket and let it be a lesson card. This is especially nice when it’s something positive, but difficult cards have their value too. I have a little box on a side table in my home, sort of a mindfulness table. It’s where I put things I find, like marbles or rocks from the beach. I place the playing card there with these things and it serves as a little post it note to my consciousness.

A significant “finding” occurred for a friend of mine the other day. Dodie is a very community minded person, very active in her neighborhood and with some groups working hard to bring an area that’s seen difficulty back to vibrancy. There’s been some crime and some absentee landlords and such but many people are putting down roots, reaching out and doing good things. Recently Dodie was out walking her dog Oban (who is a very wise old soul himself, known to rescue kittens but that’s another story). I should mention here that Winnipeg has had a LOT of snow lately (it’s over 3 feet deep in my yard). Dodie has been noticing found playing cards in the last few years too and this particular day she came upon the six of spades. The odd thing (and I have never known this to happen before), It was standing up in the snow!

Now many people have many interpretations to cards, my own are definitely biased to the translation to Tarot. In the Tarot system this card relates to the Six of Swords. I also see a relationship of the sixes to the guardian role of the knights. All of the sixes in the Rider Tarot have a kind of guardian figure that is helping a process, directing a force of energy or working through currents to improve a pattern. The Six of Swords particularly is often guidance through grief or conflict, protecting others in times of trouble. So the card standing upright, like a little sentinel and being found by Dodie who is very much the kind of guide mentioned, is kind of neat.

I’d love to hear other people’s experiences along these lines, post a comment if you have any “finding” stories!

NOTE: This has been an extremely popular post over the years and I enjoy hearing people’s experiences with this quirky little phenomenon, however I cannot offer interpretation of what the cards mean in these instances. It is outside of a reading and my area of work is with Tarot. You can relate the systems of playing cards to Tarot – they are related – but even the interpretations I have offered in other articles are outside of a reading and many of these articles and videos are just random thoughts and entertaining “food for thought”, not meant in any way to be either definitive interpretations of the cards themselves nor the greater stretch of what finding a card could mean for you.

There is a great deal of good free resource on http://www.aeclectic.net/tarot/ and other websites that can give a lot more detailed information than what I have freely offered through this page.
If you wish to look comparatively at playing cards to Tarot, the usual associations are Wands = Clubs, Cups = Hearts, Swords = Spades and Pentacles = Diamonds.
UPDATE: I’ve been sent a link to a Facebook page devoted to the phenomena of finding playing cards, I’m quite happy to share that:
www.facebook.com/cardfinders/ 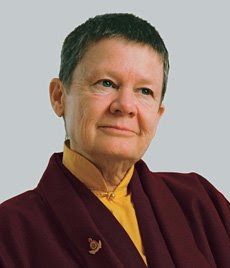 I am not a Buddhist but I do appreciate lot of it’s teachings. One of my favorite authors is Pema Chodron. One of the places she lives and works from is Gampo Abbey in Nova Scotia, a Buddhist retreat and monastery. I’d love to go there someday (my grandfather was from Nova Scotia too).
Her book “Start Where You Are” is one that I have read many times. It is about meditation, mindfulness and working through life experience rather than trying to run away from it. I also recommend “When Things Fall Apart”.
The following is a clip from a Bill Moyers interview on why she became a Buddhist:
http://www.youtube.com/watch?v=A4slnjvGjP4 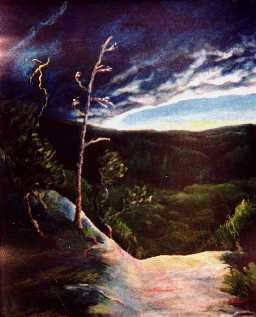 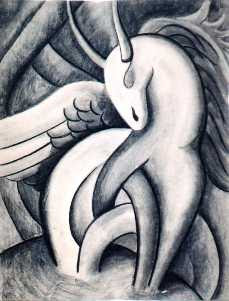 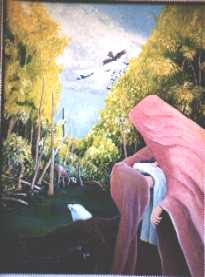 Most of the original art in my reading room is by my brother Daniel Thorkelson. He has been a big influence in my life. His deep appreciation of nature, his humor, sensitivity and perspectives on life show in his work.
He has finally created a website showcasing some of his work as well as photography. His visual record of travel to Iceland (part of our ancestry) is breathtaking. Here’s the link: