I am not a Tarot authority and I’ve never claimed to be. Just because a person has been speaking a language for most of their life doesn’t make them a linguistic expert. There are courses in Tarot and levels of certification that exist today (some I hear that are very good) that were not available when I began as a reader back in ’82. I learned, and continue to learn in the doing. I found authors who I could relate to and people I could share with and I continue to seek. What I share here is just my own perspective that continues to evolve.

I began reading without Tarot. I was always able to “pick up” things with people. But I found it is a vehicle that works best for me and is most comfortable for those I read for. I am able to ground what I get intuitively with what I see in the cards and they allow me to have an illustrative tool that the person I am reading for can see. They also allow me to organize thoughts and see relevant patterns in the different aspects I am receiving. 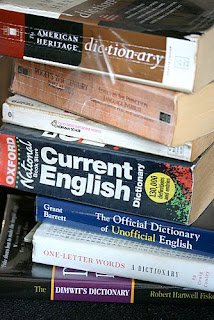 People often ask “what does this card mean”, as if the answer were as simple as looking a word up in a dictionary (ha ha ha!). Which dictionary? Websters? The dime store one? Maybe that great font of misinformation – the Internet? Or even a good standard, responsible dictionary like the one you have on a shelf that you’ve been using for a gazillion years, surely that would give a definitive answer wouldn’t it? In an absolute sense…no. Dictionaries get updated every so often and you’ll notice that beside a word there are the numbered interpretations of that word. Your good old dictionary MIGHT be out of date!

I just found a good illustrative article about the etymology (evolution) of words:
http://ezinearticles.com/?-Etymology–How-Words-Change-Over-Time&id=12709

Studying Tarot’s history is a fascinating undertaking. Over time people have added associations to it and some aspects have been dropped. There have come to be recognised some inherent rules to Tarot and it’s structure that have been hammered out in long successions of scholars. Some deck creators choose to follow these and some (frustratingly) don’t.

Tarot is a little like Windows for computers, it’s not a perfect system but it is largely out of the winnowing out process that it has changed and will no doubt change again (i.e. In many early Tarot and playing card decks the four suits were relevant to the four classes of society -military, merchant, nobility etc. – as society changed these associations changed too).

The more you work with any symbolic system, the more you start to notice, or create certain patterns or associations. The more these associations work the more ingrained they become or they get discarded over time. The format that has evolved for me with Tarot is much like that. Like most readers, I have developed an approach that brings the possible interpretations into relevance to the people I read for. This has meant looking at the basic structure of the deck on a number of levels. There are connections I have made that work for me and that a lot of people have been able to relate to.

So back to the question…when I’m asked the meaning of a card, I have to answer from the perspective of what it means based on a number of factors;

I also usually have to stress that the interpretation of the card is the interpretation in the context of the reading. If you were to take all the meanings of a card like the Hierophant and talk about them you’d be running longer than the Jerry Lewis Labor Day Telethon.

Or (*GRIN* ) you could refer to the teeny tiny book that comes with the cards when you remove the cellophane and take them out of the box.